Another article on this topic that you can read is written by my friend Lindsay and can be found here.

Who is Paul talking about in Romans 7.7-25? Is it the present believer or the pre-Christian believer? For all of my life I thought it was the state of the Christian until I took a class on Romans at CCBCY with Randy McCracken, where I was introduced to a few differing opinions.

Why do many think that Paul is talking about the Christian state of living? “This [opinion] is driven first by our own [first-person] experience (we often do what we know not to be right) and then confirmed by the use of the present tense in Romans 7:14–25, which would seem to indicate that Paul must be talking about his current condition” (620).

Though the believer, according to Romans 6.1-7.6, is “living beyond the reach of sin,” our struggle now shows us that there is a conflict. Part of our groaning in this present life “is due to the lingering power of sin over the believer” (620). 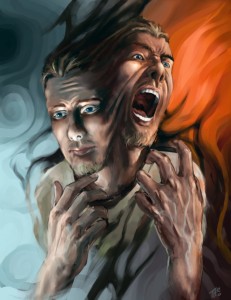 (Yeah, I guess something like that is the idea)

Romans 6.22 says, “But now that you have been set free from sin and have become slaves of God, the fruit you get leads to sanctification and its end, eternal life.”

Yet Paul, if he is speaking of himself in Romans 7.14, would be saying that he is still sold under sin.

This isn’t simply Paul modifying what he said in Romans 6.1–7.6. This is “a complete recantation of the newness of the life Christ has provided” (620).

It may be that Paul is using the “I” in Rom 7.7-25 as a “rhetorical device known as prosopopoiia, where the speaker presents a vivid characterization of some figure or position through first-person speech” (620). So Romans 7.7-25 would be “an expression of life apart from Christ and, in particular, life under the law apart from Christ” (620).

The key to this speech is found in Romans 7:7: Paul is wrestling with the question of the function of the law… and speaks from a particular vantage point in salvation history—the position of humanity convicted by the law but powerless to keep the law. This, then, provides a more vivid depiction of the plight from which Christ frees the human being through the gift of the Spirit (Rom 6:1–7:6; 8:1–17). The verdict of ‘no condemnation’ is in effect because the ‘law of the Spirit of life’ has in fact set the believer free from the ‘law of sin and death’.

The past tense of Romans 8:2 shows Romans 7:23 (and thus Rom 7:7–25 as a whole) to be describing a past state as well…. God is to be thanked precisely because the gift of the Holy Spirit has made it possible to live beyond the dominion of the passions of the flesh, reversing the state of Romans 1:18–32. Now God’s righteousness can take hold of the believer, and God’s standards of righteousness take shape within the believer (620).

So Then What is the Law?

Paul’s opinion of the law seems to be much different than that of other Jewish authors.

You bent down the heavens and shook the earth…to give the law to the descendants of Jacob, and your commandment to the posterity of Israel. Yet you did not take away their evil heart from them, so that your law might produce fruit in them. For the first Adam, burdened with an evil heart, transgressed and was overcome, as were also all who were descended from him. Thus the disease became permanent; the law was in the hearts of the people along with the evil root; but what was good departed, and the evil remained. (4 Ezra 3:12–27; 7:92).

The Hope We Have In Christ 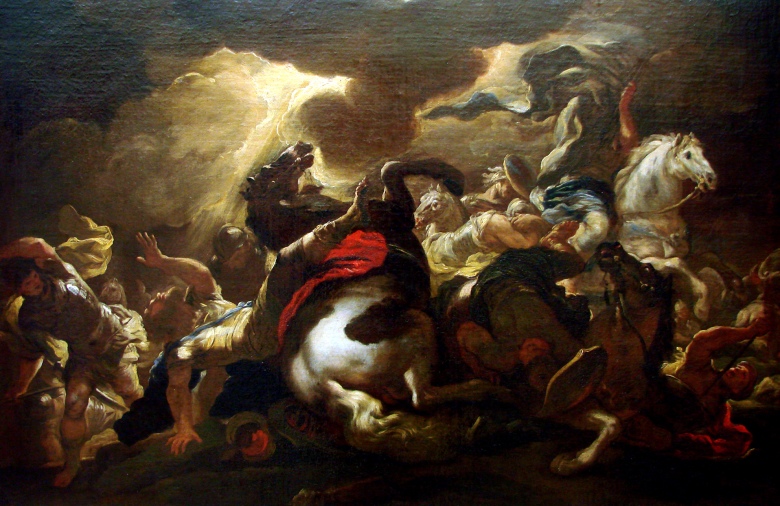 Why does Paul have such a negative view on the Law, when most of the previous Jewish authors (including David, Ps 19; 119) had nothing but good to say about God’s Law? DeSilva gives his answer:

Paul’s view of the role of the Law is profoundly influenced by his experience of the risen Jesus and the pouring out of God’s Holy Spirit. In view of the glorious liberation from the power of sin that came with the Spirit and its ongoing leading and empowerment, Paul comes to a new view about the limited role of the Law. This ‘limit’ is also established by God’s endowing both Jews and Gentiles with the Spirit, whereas the Law largely served to keep Jews apart from Gentiles rather than extending God’s righteousness to them as well.

While the Law reveals God’s just requirements, it falls to the Spirit to empower human beings to live out those requirements. Only the Spirit is sufficient to overcome the power of sin, against which the human being only had his or her own moral resources prior to the gift of the Spirit…. (627).

Schreiner, in his book 40 Questions About Christians and Biblical Law,

[In] Psalm 119:159, ‘Give me life according to your steadfast love.’ Life comes from God’s steadfast love, that is, from his grace and mercy. Human beings do not merit or gain life by observing the law. Psalm 119:88 is even clearer, ‘In your steadfast love give me life, that I may keep the testimonies of your mouth.’ Life comes only from the grace of God, and the consequence of such life is the keeping of God’s testimonies and precepts. The psalmist does not teach that life is gained by obedience. Life finds its origin in God’s gracious work. Surely this sentiment is very Pauline (85-86). 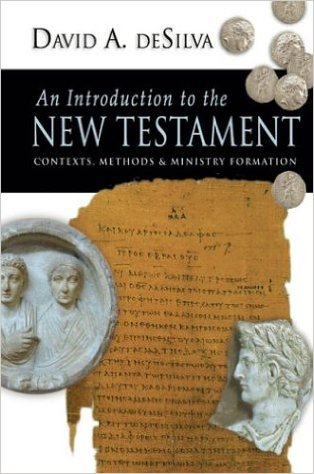 Find it on Amazon or on Logos!