There are few bigger questions the Christian has than “Why doesn’t God take us to heaven when we get saved?” and “Why do I as a Christian still struggle with sin?”

In Romans 6.6-7 Paul says, “We know that our old self was crucified with him in order that the body of sin might be brought to nothing, so that we would no longer be enslaved to sin. For one who has died has been set free from sin.”

If the Christian is set free from sin, why do is there still sin? Why do we still desire to disobey God? Reading through Newton’s thoughts helps us to answer our personal questions, especially when struggling with sin (which is most of the time). We can be thankful, not that we have sin, but that God uses our sin to bring glorify to himself and his work in Christ.

In his book Newton on the Christian Life: To Live is Christ, Tony Reinke gives the reader six reasons why Christians still have sin remaining in their mortal bodies.

For Newton, a profound mystery exists in the work of sovereign grace. God could completely remove all the roots of indwelling sin from our hearts in a moment, and yet he chooses not to. Sin remains in the Christian because Christ is overruling it, not because sin is stronger than grace. But if the cross of Christ has broken the power of sin, if Christ is stronger than the remaining evil in my heart, how do we explain remaining sin in the Christian life?

Sin: A Viper of Lingering Enmity

these so-called ‘benefits’ of indwelling sin are never an excuse for sinning. Sin is our mortal enemy, sin killed our Savior, and mortifying indwelling sin is the daily work of the Spirit in our lives now. God ever ‘abhors pride and self-importance,’ and he has committed in mercy to ‘pound them as in a mortar, to beat it out of them, or to prevent its growth.’ And yet even within the battle to purge his children from all evil, evil plays a role. For now we in our flesh harbor sin—an enemy, a viper of lingering enmity against God that eludes our mortifying efforts….

“When Paul said that all things work together for our good, he meant it, all the way down to the core of our indwelling sin (Rom. 8:28). 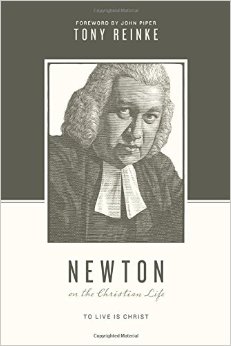 Buy the Book on Amazon or at Crossway