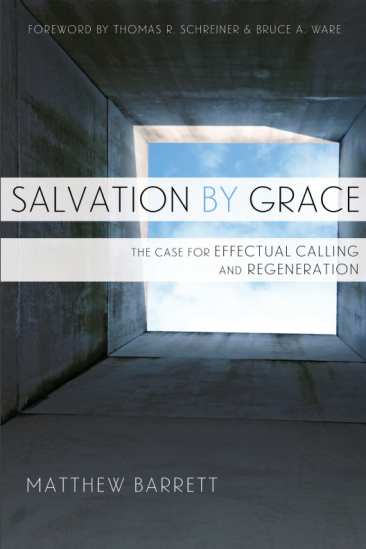 1 Cor 1:1 Paul, called by the will of God to be an apostle of Christ Jesus, and our brother Sosthenes,

1:2 To the church of God that is in Corinth, to those sanctified in Christ Jesus, called to be saints together…

1:9 God is faithful, by whom you were called into the fellowship of his Son, Jesus Christ our Lord.

1:23 but we preach Christ crucified, a stumbling block to Jews and folly to Gentiles, 24 but to those who are called, both Jews and Greeks, Christ the power of God and the wisdom of God. 25 For the foolishness of God is wiser than men, and the weakness of God is stronger than men.

Five times in 1 Corinthians 1 does Paul refer to “calling.” Paul says God called him to his apostleship upon his being saved in Acts 9. In the next three instances, Paul refers to the Corinthians being called by God into salvation. They are “called to be saints together,” “called into the fellowship of his Son,” and while Christ is a “stumbling block to Jews and folly to Gentiles,” he is “the power of God and the wisdom of God” to “those who are called.” The last instance in 1 Corinthians 1:26 seems to refer more to their position in society, but in verse 27 Paul twice says that God chose the Corinthians to shame the wise and the strong in the world.

But we should ask, Is God’s calling effective? If so, what does that say about man’s free will? Can they refuse it? Are they forced to comply? Does God give them all the ability to believe and then leave the rest up to them? Matthew Barrett, in an abridged version of his PhD dissertation from SBTS under Bruce Ware, quoting B. B. Warfield, argues that “‘irresistible grace’ or ‘effectual calling’—is the hinge of the Calvinistic soteriology.” Barrett position is that “God alone acts to regenerate the sinner.” Mongerism preserves God’s glory and sovereignty in salvation, and “if God’s grace is dependent upon the will of man for its success, then God does not receive all of the credit.”

Through seven chapters, Barrett surveys Arminian and Calvinistic views of salvation (synergism and monergism, respectively), original sin, total depravity, effectual calling, and regeneration. He summarizes and critiques the Arminian doctrine on libertarian free will and prevenient grace, and critiques a recent modification (Erickson, Lewis, Demarest) that actually lies outside of Reformed theology. Throughout his book he critiques Arminians, Methodists, and hyper-Calvinists.

Barrett is polemical without being cut-throat. He doesn’t mock Arminians but only points out what he thinks is faulty thinking not in accordance with Scripture. I really appreciate when someone on one side of the argument can treat others with whom they disagree respectfully. For the opposite of this, read some of Roger Olsen’s blog posts where he rails against Calvinists. Whether he’s right or not, his posts are frustrating because he just isn’t respectful of the other side.

Barrett relies heavily on other Reformed scholars, as can be seen in his numerous quotes. His quotes are good, and depending on your persuasion you will (or you may not) appreciate all of them. For example, while discussing 1 Peter, Barrett quotes Tom Schreiner nine times within the span of only a few pages, saying near the end that “Schreiner is undubitably right.” Now, I would agree with Schreiner, but clearly not all do.

As well, I know this was a dissertation, but should there be so many block quotes? Again, the block quotes are helpful, and they are taken from sharp minds. Understandably, some of Barrett’s block quotes are from the Arminians he is arguing against. Yet sometimes I wondered if I was reading Barrett’s own thoughts or the thoughts of others.

That said, I think Barrett’s arguments are correct. For the Arminian, there are three steps to prevenient grace: (1) God gives his prevenient grace to sinful man, (2) the man is no longer fully depraved but neither is he saved, and (3) man chooses by his own free will is he will accept God’s call. If so, he is converted, and God regenerates him. But where in the Bible is someone not fully depraved? This does not mean someone is as wicked as can be, but no part of them is untainted by sin. Paul in Romans 3:10 (referring back to Pss. 14:1 and 53:1) says, “None is righteous, no, not one.”

Even well-known Arminian Roger Olson has written that prevenient grace is not explicitly stated in Scripture. One finds it “between the lines.” Ben Witherington says similarly that there is no specific text, but rather prevenient grace “is consistent with God’s gracious character.” Barrett points out that Arminians don’t like irresistible grace, but prevenient grace, which is irresistibly given to all, gets a pass.

At 432 pages, there is much more that could be said. Barrett presents a strong case against the Arminian doctrines of synergism, libertarian free will, and prevenient grace through historical, exegetical, and theological arguments. Barrett shows how the Reformed doctrines both align with and come from the Bible. For many, this book will be a slow read. It certainly was for me. I wanted to understand the arguments being made; I didn’t want to glide right over them to get the gist. Sometimes we just need to slow down. For another great book that critiques libertarian free will, read Scott Christensen’s What About Free Will? (my review here). Also, read Jonathan Hoglund’s Called By Triune Grace for more on effectual calling.

Buy it on Amazon or P & R Publishing!

Disclosure: I received this book free from P & R Publishing. The opinions I have expressed are my own, and I was not required to write a positive review. I am disclosing this in accordance with the Federal Trade Commission’s 16 CFR, Part 255 http://www.access.gpo.gov/nara/cfr/waisidx_03/16cfr255_03.html.