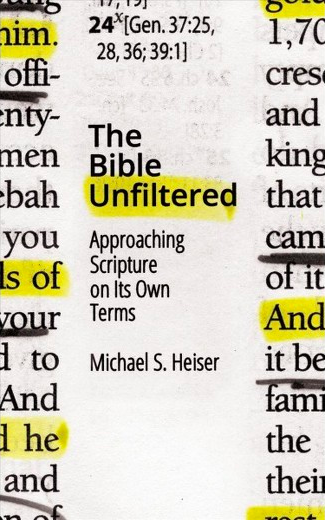 James 1.17 says, “Every good gift and every perfect gift is from above, coming down from the Father of lights.“ What does James then mean when he says “with whom there is no variation or shadow due to change”? In his new book The Bible Unfiltered, Michael Heiser says, “‘Father of lights’ points to God’s role as creator of the stars and other celestial objects” as seen in the original creation account and in the Psalms (Gen 1:14–18; Pss 136:7–9; 148:1–5—(p. 211)). In Genesis 1.14-18, the sun, moon, and stars were to “be for signs and for seasons, and for days and years.” They marked the changing of the seasons. Heiser remarks that the Greek word (tropē) for the word “change” in James 1.17 is used in Greek literature “to describe the movement and positioning of stars, seasonal changes and their effect on the land, and the two annual solstices” (212). James’ use of “change” and “shadow” connotes an eclipse. So whereas the sun, moon, and stars change positions, the Father does not change.

But God is more than Creator. Ancient Near Eastern cultures, including the OT biblical authors, believed that the stars were heavenly beings.

Deuteronomy 4.19 says, “And beware lest you raise your eyes to heaven, and when you see the sun and the moon and the stars, all the host of heaven, you be drawn away and bow down to them and serve them, things that the Lord your God has allotted to all the peoples under the whole heaven.”

Deuteronomy 17.3 says, “and [if someone] has gone and served other gods and worshiped them, or the sun or the moon or any of the host of heaven, which I have forbidden….”

Job 38.7 says, “when the morning stars sang together and all the sons of God shouted for joy?”

James, referring to God as the creator of all heavenly beings, is “emphasizing that they are created and are therefore inferior. God alone is uncreated” (212). There is no darkness in God at all (cf. 1 John 1.5). Though some of his creation fell (see ch. 28 of The Bible Unfiltered, along with Ps 82; Gen 3 and 6), God does not change. He does not fail.