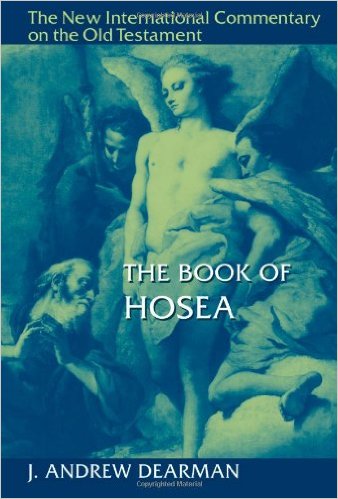 When I went to CCBCY, I took a class on the Minor Prophets. There were a number of us, including myself, whose favorite class lectures were spent covering Hosea. When I saw that Dearman’s commentary on Hosea (NICOT) was on Logos, I knew I had to get it (quite literally. I have a class this semester that requires this volume).

Why the NICOT Series?

The NICOT series has been around since the 70s, and it’s certainly more technical than what your morning devotional would be. But that’s not a bad thing. The authors of the NICOT volumes don’t “treat the Old Testament as just an ancient literary artifact on a par with the Iliad or Gilgamesh. They are… rigorous, reverent wrestlings with wonderfully human writings through which the living God speaks his powerful Word. NICOT delicately balances ‘criticism’… with humble respect, admiration, and even affection for the biblical text” (x).

Hosea “is… one of the most difficult [OT books] to interpret” (3). “In literary terms his book is among the most poetic of the prophetic collections in the OT, [both] in the allusive character of [Hosea’s] speech and a propensity for metaphor and simile” (3). To be more specific, Dearman later adds

“[Hosea’s] poetic elliptical style, frequent shift of subject, penchant for wordplay and assonance, formidable vocabulary, and even elements of a northern dialect, all contribute to the difficulty of handling and interpreting the text” (9).

The Introduction covers the origin and transmission of the book of Hosea, its literary features, its historical background (set in the 700s B.C.), and ten different aspects of Hosea’s theology.

Dearman views Hosea through the lens of Israel being a part of God’s family (or household). Here, “the marital relationship of the spouses plays the more prominent role in chs. 1–3 and that of household/children in chs. 4–14” (88).

The point of Hosea “is not only to set forth the folly of Israel as a negative example from which to learn, but also to confess the integrity of YHWH in his ways of dealing with his world” (346). God, who is just in his judgment, is not human, but is divine. Thus, though Israel deserved judgment, and would receive God’s judgment through the nations they are allied with, God would eventually show them undeserved mercy, grace, and redemption. Hosea was written to show Israel how to be wise in the ways of the Lord, that his judgments on the wicked will happen, and that he is loving, gracious, and devoted to his people.

Dearman is acutely aware of Hebrew wordplays and puns.

There is not too much discussion on NT texts, though there are a few excursus that touch on the NT such as “Israel and Sonship [Hosea 11.1]” and “Hosea 13:14 LXX and 1 Corinthians 15:54–55.” There are other excursus throughout the book such as “Hosea and the Decalogue,” “Being Raised on the Third Day,” “Discipline and Correction in Hosea,” and many more.

There are ten appendices at the end of the commentary, some examples being “Love in the Prophecy of Hosea,” “Sexual Infidelity in Hosea,” and “Terms for Election in Hosea.”

Like real books you can mark up your Logos books.

Unlike real books, you can also erase your markings and start over (and keep it simple). 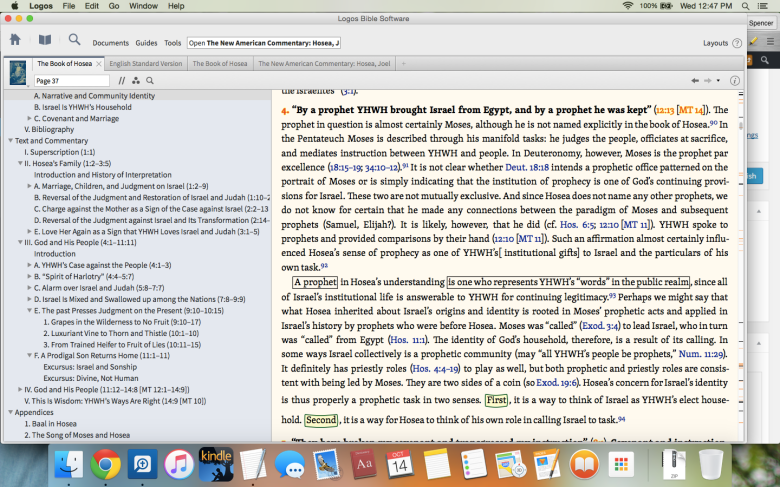 Footnotes and the biblical citations are hyperlinked, and lists are laid out clearly and are never jumbled up. 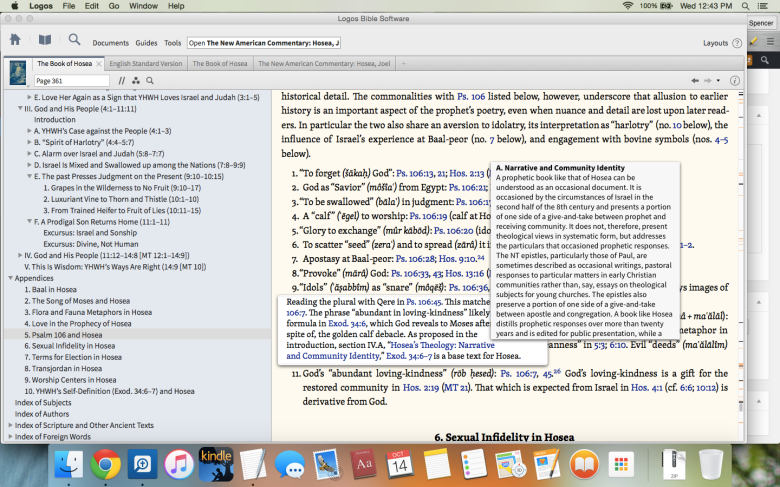 You can search for any word and find it easier than in a physical book, though here you aren’t given a search page that shows each sentence containing “wordplay.” Instead you have to choose the colored lines on the scrollbar to find each selection. It’s still easier than combing the desert of a hardback, but this does make searching more tedious, especially when your search term results are close together. 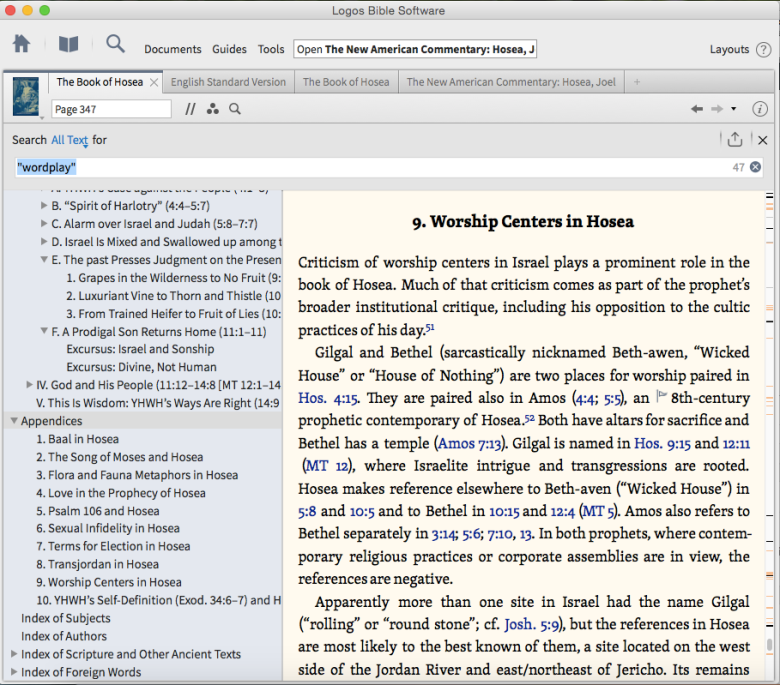 And for other features I didn’t cover, you can look at my other Logos reviews and this video on using commentaries in Logos 6.

Though this volume isn’t the kind of morning devotional most would prefer, there is still plenty to learn. Dearman is moderately conservative, at least meaning that he seems to accept the Documentary Hypothesis, holding that the Pentateuch was written from different authors, and it was eventually combined by a series of editors. It’s not that I doubt any editing in the five books of Moses (or the OT), but not to the degree that the DH holds.

There is a fair amount of discussion on suggested editorial processes of the book of Hosea. These can be easily skipped over, though sometimes (yet not often) there are verses that deal more with this history of editing than the verse subject matter.

Regardless, I found much to be gained from this commentary, and was very pleased to be able to read it. I did, in fact, read it from the first to the last page. And I can tell you that my knowledge of Hosea certainly has grown, as has my knowledge and appreciation for God’s mercy, grace, and devotion to his people and his word.

Buy on Logos or Amazon

[Special thanks to those at Logos for allowing me to review this! I was not obligated to provide a positive review in exchange for this book.]