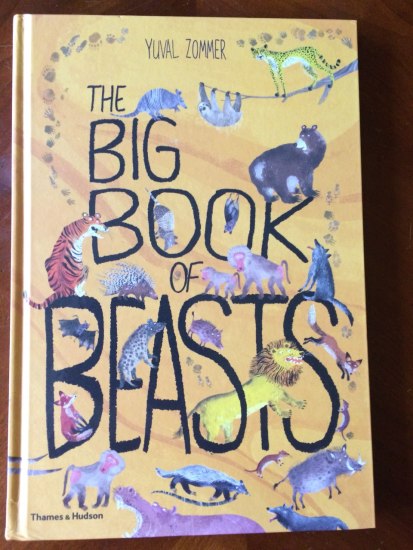 I’ve always loved reading about animals. While at a babysitter’s, I was privileged to see Jurassic Park at four-years-old. A world of beasts (of the most extreme) was opened up to me. I have always thought that God’s beastly creatures were amazing, and I’m happy now to have a fascinating book for Micah to learn from (and less terrifying than J-Park). What is this book? 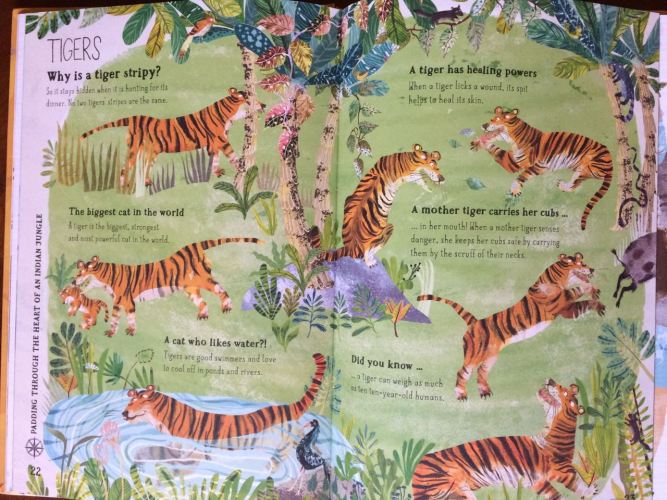 This book will introduce your child to the binturong, the bearcat. It will tell your child where hippos get their sunscreen: they sweat out a sticky red liquid that protects them from the sun. Children will learn about animal claws, howls, growls, smells, and footprints. Ice age beasts such as the giant short-faced bear, which stood at a whopping twelve feet tall (grizzly bears stand at 8 feet, and polar bears at 10). They will learn about beasts facing extinction such as the orangutan, the asian elephant, and the giant panda, as well as why they are hunted so often. They will learn about some of the animals they may possibly find on their street, such as red foxes all over, brushtail possums (that’s right, not opossum) in Australia, and baboons in South Africa. Have your kids search through the book for a mystery paw print that pops up in 15 different places. Tell them to watch out for impawsters! (I couldn’t help it. Pun always intended.) There is a two-page spread near the back showing where all the footprints are hiding. 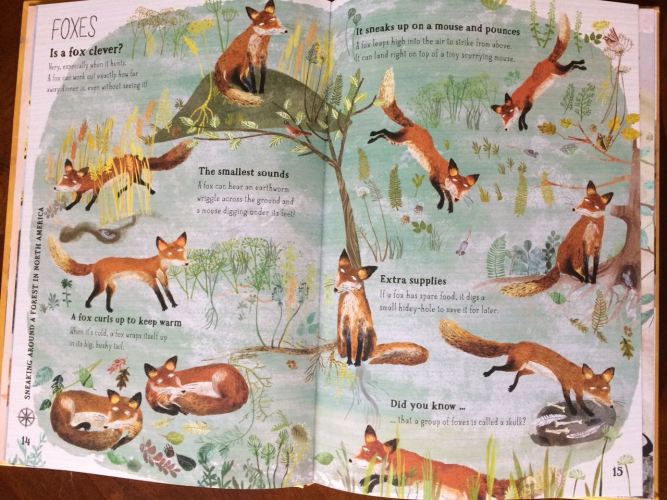 As well, 19 different animals are each given a two-page spread with 5-6 facts given about them. Warthogs actually have warts on their face, and they act as cushions to protect them during fights. Cheetah’s only look like they’ve been crying. The black stripes that run down their face actually help make the sun less dazzlingly bright in their eyes. Beavers have see-through eyelids that act as goggles, and they have orange teeth because they contain orange iron, making them strong enough to cut through trees. Hyenas… have white poo. They eat every part of an animal, including the bones. A lion’s roar can be heard up to 5 miles away (which is pretty scary), and they sleep up to 16-20 hours a day. Sloths give off no scent, protecting itself from being hunted down.

This was a really cool book. Micah is under the age range (below), but he still likes taking this book down to look at it. He points to every lion and roars, points to the monkeys and hoots, and so on. Give the young age range, some parents may want to know that on the spread about lions, two of the lions are eating the legs of some animal. On the next spread, three Tasmanian devils are chewing on the bones of two different animals. Though this is a book about beasts, and that’s what beasts do. So just be forewarned.

I think this book was nice and the illustrations neat. I think it’s a great idea and a helpful way to get your kids interested in the beastly animals of our world.

Find it on Amazon and the Thames & Hudson!

Disclosure: I received this book free from Thames & Hudson. The opinions I have expressed are my own, and I was not required to write a positive review. I am disclosing this in accordance with the Federal Trade Commission’s 16 CFR, Part 255 http://www.access.gpo.gov/nara/cfr/waisidx_03/16cfr255_03.html.