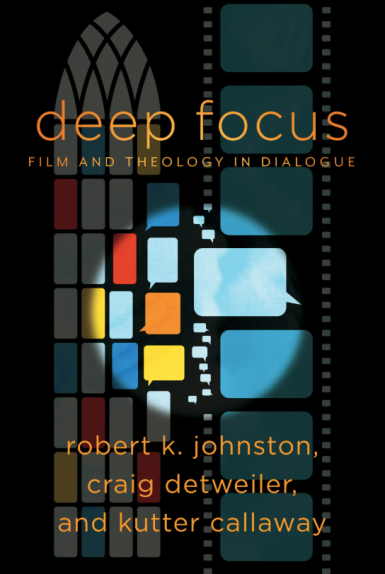 Movies allow us to share someone else’s life and walk with them for a few hours. They give us a sample shot of how life could go and cause us to ask what we would do in their shoes. We scream “Don’t go in there!” in horror movies. We tear up when the beloved family dog dies. We sit on the edge of our seats when the main actor slides to the edge of the snowy cliff, hanging on by only his ice axe. We harriedly wonder what it would be like to be in his shoes or to be in the shoes of his onlooking friends who fear the worst that they may not be able to save him. We feel a sense of awe at Sam when he bravely tells Frodo, “I can’t carry it [the ring] for you, but I can carry you!”

How do movies have this effect on us? Are directors, producers, and editors merely trying to play with our emotions? To manipulate us? How are we to rightly interpret a movie? How should Christians approach movies? Just as many people wear glasses with “carefully calibrated lenses” so that we can se the world in focus, in Deep Focus, Robert Johnston, Craig Detweiler, and Kutter Callaway (JDC from now on) seek to bring you “a series of lenses to help us discern more clearly the images projected before us” (3).

JDC use the analogy of a phoropter, that funny-looking machine at the eye doctor. The series of lenses they offer come in the following chapters: historical, narrative, audiovisual, critical, ecclesial, theological, ethical, and a cultural lens. The book ends with a converging of these lenses by looking at :the trauma of love in the films of Christopher Nolan.”

This book wasn’t initially what I thought it was going to be. I thought there would be more dialogue between films and theology, more as to how to interpret films theologically (which the book does provide related websites for that—see under the Lagniappe section). What this book offered however was how to even read what is going on in a movie. How does a movie’s audio help to make it seem real? What do camera tricks tell us, and how do they make films seem real? How do they add to the story? What makes more of an impact, special effects or a close up shot of a person, seeing their happiness, joy, pain, pleasure, displeasure, or the smile that creeps across their face when they’ve received good news right at the end of the movie? In a way, we are meant to share in the pain and success of the heroes on the screen. The tragedies in films like Titanic, Million Dollar Baby, and No Country For Old Men “serve as cautionary tales to wake us from our slumber—to make us more vigilant and proactive in our daily lives” (53).

Toothpaste commercials always end with the person putting a big slop of toothpaste on their brush, as if to infer that you need this much toothpaste to have a clean and fresh mouth. But that’s not true, is it? And if commercials do that, why not movies?

Though it wasn’t what I thought it would be, this book made me think differently about movies than I have been. Having a bachelor’s in marketing and because of toothpaste commercials, I tend toward the skeptical side when it comes to movies. Now, I’m not a movie teetotaller. Mari and I do watch movies. But if commercials can subliminally lead us to think a certain way, why not movies too? But is that the best approach?

JDC write that, to always “be critically evaluating how a filmmaker might be trying to manipulate [our] emotions through film technique, script, and music” as a way to “protect [ourselves] from any experience of evil or from unknowingly imbibing destructive ideologies” will “unfortunately also shield viewers from fully experiencing the truth, goodness, and beauty a movie conveys” (167).

To watch how a film is edited in just the right degree or how the music comes in at the right time and to remain skeptical to all it says will be to miss the boat. We won’t relate to the characters, neither to their plight nor their success. Yet neither do the authors say we should watch every movie. Some or many aren’t worth our time. And so we do need to be critical, because there is editing going on. People do “play a part.” Conversations never can be as long as what is needed to resolve difficulties.

However, the authors note that when we watch a movie, “the audience is asked to focus exclusively on being present” (119). “In a sense, the real world must for a time stand still. Unless moviegoers give to the screen their ‘as-if’ assent, entering wholeheartedly into the movie’s imaginative world, its power and meaning will remain unknown” (119).

We shouldn’t be surprised as the evil portrayed in movies, and if it is to portray life then should we expect the evil to truly be evil. “To sanitize life is to falsify the story” (163). Though again, how much should a person see? How evil should a person be in a movie? There is a balance, and you as the moviegoer need to discern on whether you should watch a movie or not. The authors note this as well. Two of the authors do not watch horror movies. Even though they know they are “just movies,” horror movies disturb them. So they refuse to watch them. But similarly we should be looking for the story of a movie, and to attempt to relate it to our own lives as Christians.

JDC use Logan as an example of a Christ-figure. In one way, he, being human, is like man. He is almost immortal (with his adamantium and mutant healing powers). Yet his metal skeleton, what makes him “like God,” is actually poisoning him. In a way, his body simply cannot handle his “grasping to be God.” No one is indestructible. Yet Logan is also a sort of Christ figure, for he gives his all, even his life, for others, especially his daughter. Stranger Than Fiction (with Will Ferrell) poses questions about sovereignty and free will, as well as what makes life good. Christians can praise God for his goodness and his good gifts, even something as small and simple as a sugar cookie.

The authors look at an array of movies, from Logan to Wonder Woman, Citizen Kane to A Wonderful Life, Memento to Beauty and the Beast. Though, just now that the book isn’t full of extended examples on how to interpret movies. Many movies are mentioned briefly, and others are talked about for pages at length. At times you will read about how movies began, how we got the rating system, and how Christian have thought about movies.

What has this to do with theology? To end this review, the authors relate a story about a couple who watched the popular documentary March of the Penguins. These penguins live in Antarctica, where it can be 50 below with gale force winds, yet these penguins stand around for month so that their eggs will hatch. The fathers starve for months while the mothers go back out for food. It is a harsh and merciless climate, and yet it is beautiful as well. A couple was worried about their future. The husband was offered a job they wanted, but it would mean struggle and insecurity. After watching this film, they told Johnston the husband would “risk the unknown” and accept the job offer. They said, “If God could take care of these ‘stupid’ penguins, surely God would take care of us as well” (132).

The subtitle to the book is “Film and Theology in Dialogue.” The theology is strewn throughout the book. References to God and Christ are made, and section are filled with Bible verses. Ecclesiastes makes an appearance more than once, as movies can often show the vanity of the material world, even while praising it. However, I was disappointed at how much (or little) theological discussion there was. But perhaps that was due more to my own expectations rather than what the book itself promised.

This book is not a simple read, but it provides a good dimension on how to think through movies. It has given me a new appreciation for movies, and has led me to be less skeptical toward them, though still cautious at understanding which ones will linger with me negatively (like horror movies). Movies can help give us a grand vision, a reminder of the eternity placed in our hearts which points us to how things should be, something that can only be accomplished by Christ.

“I know. It’s all wrong. By rights we shouldn’t even be here. But we are. It’s like in the great stories, Mr. Frodo. The ones that really mattered. Full of darkness and danger, they were. And sometimes you didn’t want to know the end. Because how could the end be happy? How could the world go back to the way it was when so much bad had happened? But in the end, it’s only a passing thing, this shadow. Even darkness must pass. A new day will come. And when the sun shines it will shine out the clearer. Those were the stories that stayed with you. That meant something, even if you were too small to understand why. But I think, Mr. Frodo, I do understand. I know now. Folk in those stories had lots of chances of turning back, only they didn’t. They kept going. Because they were holding on to something.” —Samwise Gamgee

Buy it from Amazon or Baker Academic!

Disclosure: I received this book free from Baker Publishing. The opinions I have expressed are my own, and I was not required to write a positive review. I am disclosing this in accordance with the Federal Trade Commission’s 16 CFR, Part 255 http://www.access.gpo.gov/nara/cfr/waisidx_03/16cfr255_03.html.