Christians are taught that the Bible is the Word of God. In it is the way to salvation, or perhaps it’s called the “roadmap to life.” But the Bible isn’t like a math book. In a math book, a+b = c. But in the Bible, what is ‘a’ and what is ‘b’, and how would we know if ‘c’ is correct? Each verse is not another problem to solve. The words must be read together in context, or else we will misread the Bible. The fact is, we often do misread the Bible. Rather than looking closely at the text, we scan over it assuming that we either know what we’re reading, or, if we don’t understand it, it doesn’t matter. Many of these misreadings are taught in schools, in churches, and in books.

David Croteau, professor of New Testament and Greek in the Seminary and School of Ministry at Columbia International University, has put together and sought to dispel 40 of the urban legends (i.e., misinterpretations) that people read in Scripture. Some of the misreadings are mistakes while others require some tweaking. Is agape love really the greatest love? Would God prefer us to hate him rather than to be lukewarm? Can we really do anything through Christ who gives us strength? Or perhaps you simply have to say you believe in Jesus and you will be saved. Are Christians commanded to tithe or to go to church?Are Christians allowed to allow cults into their homes? These are legitimate questions, and Croteau works hard to give a solid, biblical answer to these questions and misreadings.

Each chapter is roughly 5-8 pages in length with each chapter beginning with the “urban legend,” or the misreading that is widely taught and thought. Then comes an introduction that unravels the legend. It is here where Croteau reveals the holes in the urban legend and tries to prove that this interpretation is invalid. Then he tells you what he believes, why he believes the text says that, and how it applies to our lives as Christians.

Some urban legends seemed to be placed here merely for information’s sake. One urban legend says that Jesus was flogged once, but Croteua shows that Jesus was flogged twice. Yet here Croteau shows that “Christians need not fear apparent contradictions in Scripture…. Through study and with time, an answer can be found. In all likelihood someone has answered the question before, and there is a reasonable explanation“ (83). Even other urban legends (rather than a carpenter, it may be that Jesus was construction worker; instead of dying at thirty-three, Jesus may have died a few years later; John 3.16-21 might not have been spoken by Jesus, but instead was placed here by the author John) that seem to have little relevance have great application.

Yet, for the few that seem to be placed for mere information’s sake, there are plenty more that have been legitimate head-scratchers for many (including myself). This is a book I wish I would have had when I as in high school. Besides the three mentioned earlier (which I also wrote about in earlier posts), these urban legends include:

Each chapter is easy to read and understand, and Croteau can be trusted not only to exegete the text correctly, but to care enough about the church to seek how to apply God’s word to his people. I don’t know if Croteau is planning on writing any more Urban Legend volumes, but I hope to see one from him on the Old Testament. This likely won’t be a book for the scholar or the seminary student. Highly recommended for high schoolers, college students, and even pastors who have church members asking these questions.

Buy it on Amazon or from B&H Academic!

[Special thanks to B&H Academic for allowing me to review this book! I was not obligated to provide a positive review in exchange for this book.] 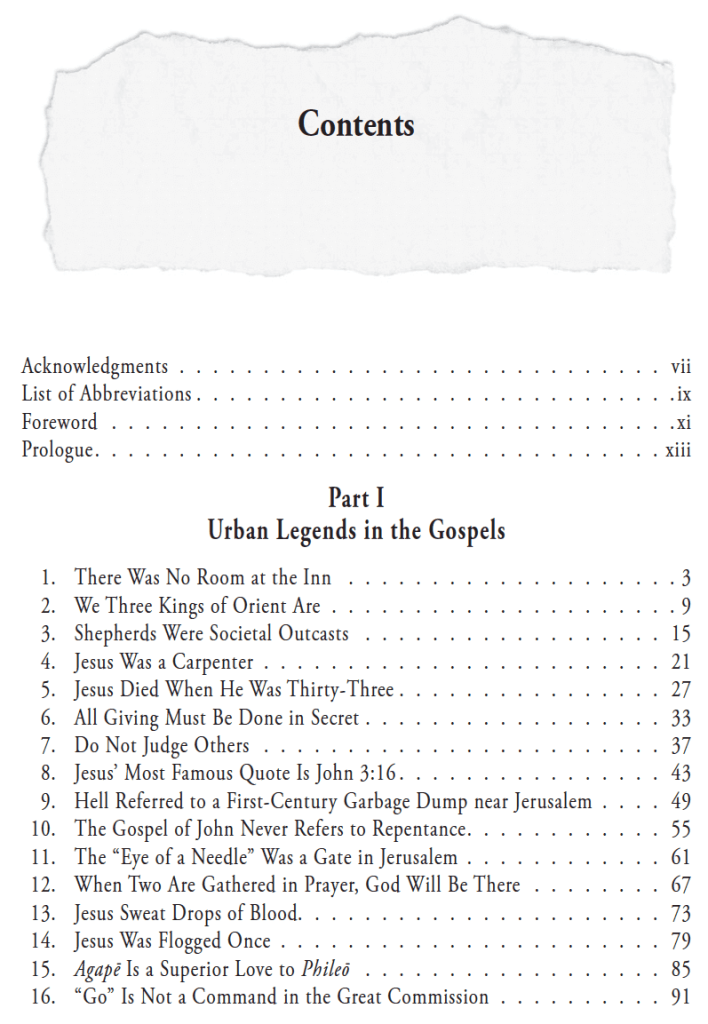 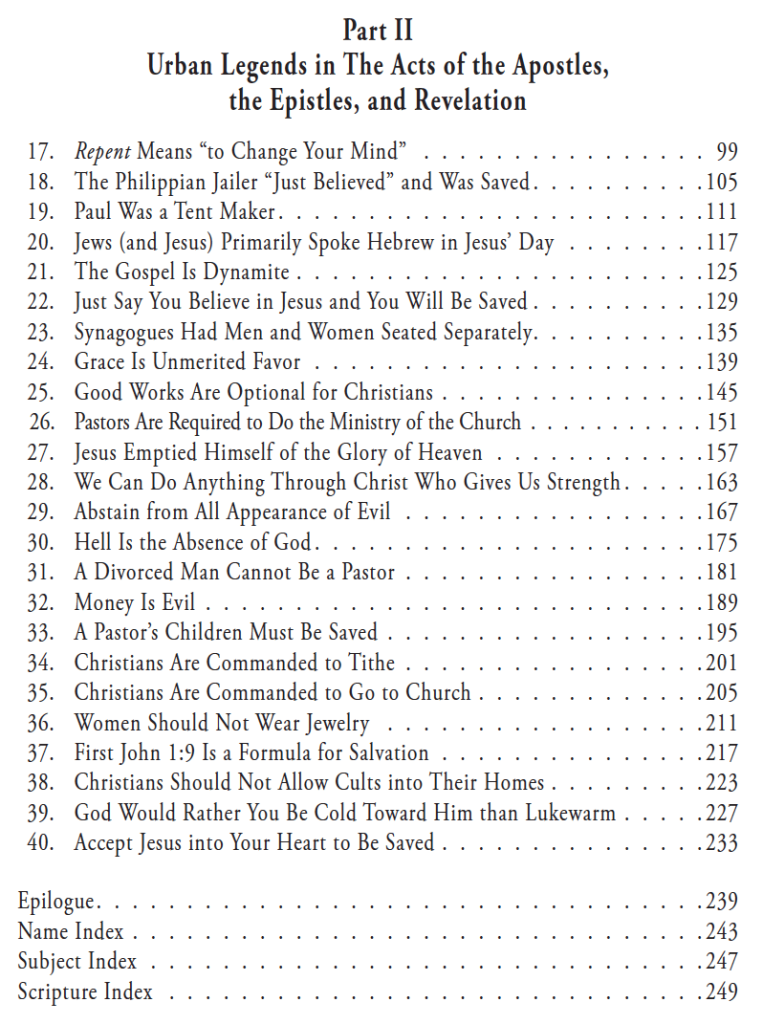