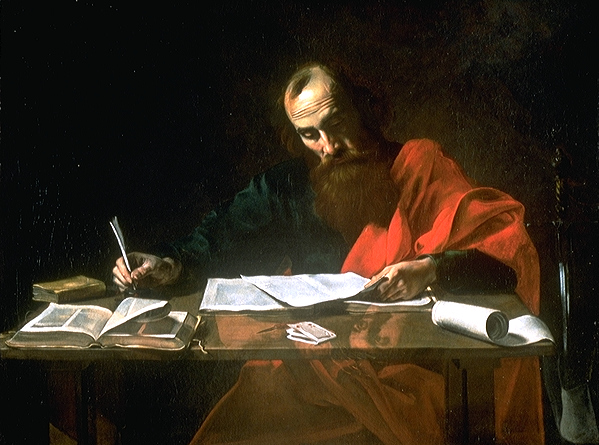 Does Paul feel like he has special liberties as God’s apostle to change the OT Scriptures? Perhaps he just misquoted it. In Ephesians 4.8 Paul quotes Psalm 68.18 and is the subject of much debate. I’ve copied much of Psalm 68 and some of Ephesians 4 below. Maybe we can read it to get some contextual clues as to Paul’s thinking. Or maybe we’ll remain confused.

In his class on Isaiah, Rikk Watts very briefly covers this topic. Originally I only intended on writing one single paragraph from what Watts said, but since then my thoughts (along with his own) have turned one paragraph into two posts. My next post will cover the Divine Warrior motif in Isaiah 59 and 63 and how that should play out in the life of the Christian.

God Shall Scatter His Enemies (Psalm 68)

To the choirmaster. A Psalm of David. A Song.

1  God shall arise, his enemies shall be scattered;
and those who hate him shall flee before him!
2  As smoke is driven away, so you shall drive them away;
as wax melts before fire,
so the wicked shall perish before God!
3  But the righteous shall be glad;
they shall exult before God;
they shall be jubilant with joy!

4  Sing to God, sing praises to his name;
lift up a song to him who rides through the deserts;
his name is the Lord;
exult before him!
5  Father of the fatherless and protector of widows
is God in his holy habitation.
6  God settles the solitary in a home;
he leadsout the prisoners toprosperity,
but the rebellious dwell in a parched land.

7  O God, when you went out before your people,
when you marched through the wilderness, Selah
8  the earth quaked, the heavens poured down rain,
before God, the One of Sinai,
before God, the God of Israel.
9  Rain in abundance, O God, you shed abroad;
you restored your inheritance as it languished;
10  your flock found a dwelling in it;
in yourgoodness, O God, you provided for the needy.

11  The Lord gives the word;
the women who announce the news are a great host:
12  “The kings of the armies—they flee, they flee!”
The women at home divide the spoil—
13  though you men lie among the sheepfolds—
the wings of a dove covered with silver,
its pinions with shimmering gold.
14  When the Almighty scatters kings there,
let snow fall on Zalmon….

leading a host of captives in your train

and receiving gifts among men,

even among the rebellious, that the Lord God may dwell there.

19  Blessed be the Lord,
who daily bears us up;
God is our salvation. Selah
20  Our God is a God of salvation,
and to God, the Lord, belong deliverancesfromdeath.
21  But God will strike the heads of his enemies,
the hairy crown of him who walks in his guilty ways….

28  Summon your power, O God,
the power, O God, by which you have worked for us.
29  Because of your temple at Jerusalem
kings shall bear gifts to you….
31  Nobles shall come from Egypt;
Cush shall hasten to stretch out her hands to God.

32  O kingdoms of the earth, sing to God;
sing praises to the Lord, Selah
33  to him who rides in the heavens, the ancient heavens;
behold, he sends out his voice, his mighty voice.
34  Ascribe power to God,
whose majesty is over Israel,
and whose power is in the skies.
35  Awesome is God from his sanctuary;
the God of Israel—he is the one who gives power and strength to his people.
Blessed be God!

In Psalm 68 (I’ve put God’s actions in bold font) we see that God shall arise and drive His enemies away (vv1-2), but his righteous ones will be glad and jubilant (v3). He is a Father and protector (v5) to those in need. He settles them in their homes, and leads out prisoners to prosperity and freedom, to know him (v6). He gives rain in abundance and restores his inheritance to his people, the righteous (vv8-9). He provides for the needy (v10) and gives the word (v11). He leads captives and is worthy to receive gifts (v18). He delivers from death (v20) and sends out his might voice (v33). Is is the one who gives power and strength to his people (v35).

What does this psalm tell us about God? He is mighty. His word has power to destroy his enemies. He is a loving Father who is worthy of gifts and who leads and protects his righteous people. He gives them their inheritance, and what is his…is theirs. His goodness overflows to them.

In Ephesians 1-3 Paul has been going over all the spiritual blessings we now have in Christ. Chapters 4-6 are called the practical side of the letter, but Paul doesn’t stop telling his readers about what we have in Christ.

I therefore, a prisoner for the Lord, urge you to walk in a manner worthy of the calling to which you have been called, with all humility and gentleness, with patience, bearing with one another in love, eager to maintain the unity of the Spirit in the bond of peace. There is one body and one Spirit—just as you were called to the one hope that belongs to your call— one Lord, one faith, one baptism, one God and Father of all, who is over all and through all and in all. But grace was given to each one of us according to the measure of Christ’s gift. Therefore it says,

“When he ascended on high he led a host of captives,
and he gave gifts to men.”

Here Paul tells of how God gives us the Spirit. We have peace between God and us, and between each other. He gave the apostles, the prophets, the evangelists, the shepherds and teachers to equip all saints for the work of the ministry that God has given us (4.11-12). We can now grow into maturity (4.13), no longer remaining as children tossed around by every new (i.e., tasty but false, cunning, crafty, and deceitful) idea that people come up with (4.14). We grow in Christ and because of Christ, building each other in love (4.16). We love because he first loved us (1 Jn 4.19). We know love because we have seen and experienced love himself in our lives (1 Jn 1.1-3, though not in the same way as the apostles physically experienced Jesus).

When YHWH wins great victories it isn’t only for his own benefit, but his own people participate abundantly in the spoils of his conquest (Watts, Lecture 4).

Israel has forsaken the Lord and have despised the Holy One of Israel (Isa 1.4). The faithful city has become a whore (1.21). If they are willing and obedient, they will eat of the good of the land (1.19), but if they refuse and rebel, they shall be eaten by the sword (1.20). And so in verses 24-25 the Lord declares that he will avenge himself on his enemies (like in Ps 68.1-2) and turn his hand against Israel. He will smelt away the dross and remove all alloy. “Afterwards” Israel will be called the city if righteousness, the faithful city, and Zion will be redeemed by justice. Those in her who repent will be redeemed by righteousness (1.26-27).

In Isaiah 65 Yahweh speaks of creating a new heavens and a new earth (65.17), and will create Jerusalem to be a joy (65.18). The new Jerusalem will be “prepared as a bride adorned for her husband” (Rev 21.2). Yahweh redeems his people and includes Gentiles into the fold (Eph 3.11-22; cf Isa 56.3-8) through Jesus Christ and his death and resurrection. God defeats his enemies and gives to his people.

Before I can get to the Conclusion, I have one more post to talk about that relates to God’s gifts. My next post (Friday) I’ll talk a little about God as the Divine Warrior in Isaiah 59 and 63 and what that has to do with Christians today.