One of the beloved Sunday School stories is when Joshua warred against Adoni-zedek and other great kings. Joshua prays for a longer day, and the Lord grants it. It’s an amazing story, and it’s one that many have written about on the internet offering proof of the exact day this happened (see here). What happened in Joshua’s long day? Was this an eclipse? Did the sun actually stand still? Is there something else going on that the OT Israelite living in the ancient Near Eastern world would understand that the modern person misses? John Walton thinks so.

In his book Ancient Near Eastern Thought and the Old Testament, Walton explains that Israel and most (if not all) of the ANE people had a lunar calendar. Their months were based on the phases of the moon, so their months varied in length. Walton explains how the placement of the sun and the moon mattered to the ANE person:

The full moon came in the middle of the month and was identified by the fact that the moon set just minutes after the sun rose. The day of the month on which the full moon occurred served as an indicator of how many days the month would have. It was considered a good omen if the full moon came on the fourteenth day of the month, because then the month would be the ‘right’ length and all would be in harmony. If ‘opposition’ (moon and sun simultaneously on opposite horizons) occurred on the fourteenth, it was considered a ‘full-length’ month made up of full-length days. (238)

So a full moon = good. Here, the sun and moon stand on opposite ends of the horizon in opposition to each other for a few minutes. However, opposition on the wrong day was disastrous. It was a bad omen, one “of all sorts of disaster, including military defeat and overthrow of cities” (238). But ANE’ers had strong beliefs in omens. No battle would take place if they thought it was the “wrong” day.

Walton notes that the Mesopotamians used verbs like “wait,” “stand,” and “stop” in their celestial omens. When the sun or moon didn’t wait, the moon would sink below the horizon before the sun rose, and there would be no opposition. But when the sun or moon did wait or stand, then “the opposition occurs for the determining of the full moon day” (238).

Walton gives a few examples of what this means (and this is where we see a “wrong” day):

In his Joshua commentary, Richard Hess also refers to the Astrological Reports to Assyrian Kings. Quoting from text no. 25, lines 6–10: “If on the 16th day the moon and sun [are seen] together: one king [will send hostile messages] to another; the king [will be shut up] in his palace; [the step of] the enemy [will be set towards his land]; the enemy [will march around] victorious[ly in his land].” 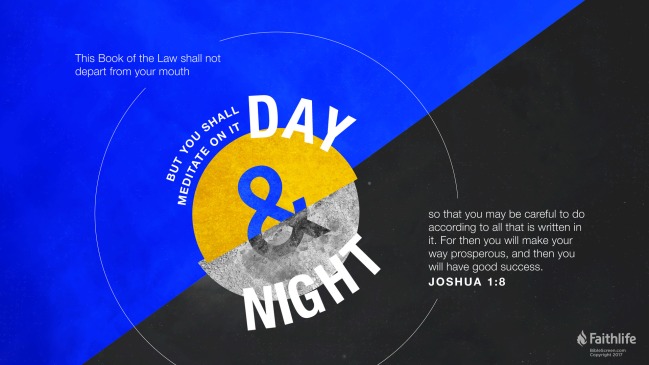 Walton suggests Joshua 10:12b–13 could be translated, “‘O sun, wait over Gibeon and moon over the valley of Aijalon.’ So the sun waited and the moon stood before the nation took vengeance on its enemies. Is it not written in the book of Jasher, ‘The sun stood in the midst of the sky and did not hurry to set as on a day of full length?’”

Walton says again, “The omens in the series known as Enuma Anu Enlil often speak of changing velocities of the moon in its course to effect or avoid opposition with the sun. Likewise in verse 13 the text here reports that the sun did not hurry but instead stood in its section of the sky.”

What is unique here (noted by the text) isn’t so much that the sun stood still as the fact that “the Lord heeded the voice of a man” (v. 14). Joshua understood that the Amorites depended on omens, and that may have led him to ask the Lord for such an omen to deflate the enemy’s moral. The opposition would occur on an unfavorable day.

Even though I think Walton’s interpretation has a lot going for it, in his Joshua commentary (pp. 217-18), Richard Hess points out a problem. Joshua 10:13 says that “And the sun stood still, and the moon stopped, until the nation took vengeance on their enemies.” How long did this vengeance last? An hour? Days? When there is a full moon, the moon and sun are not in opposition for very long at all (even Walton notes that they only share the skyline for mere minutes), yet the text seems to imply that they stood still for as long as was needed.

I think Walton’s theory has some good explanations—Joshua knew his enemies believed these omens. He prayed that the sun and moon would be aligned in just the right way to be on the “wrong” day and be unfavorable to the enemy. This is entirely possibly. But I think Hess makes a good point. In the end, God fought for Joshua, and he answered his prayer. But for now, it does seem like the traditional understanding of the earth standing still remains the most plausible answer.

What do you think? Do you think Walton’s thesis is plausible, or at least make sense? Or is Hess right, and the traditional way of understanding the text makes the most sense? The sun did actually “stand still” (and the earth stopped spinning)?