What is Jesus’ farewell discourse and why did John place it in his Gospel? The farewell discourse has a long history of interpretation, and Klink sets out to place this substantial discourse into its proper literary place in John. In his commentary on John, Edward Klink suggests that there are four substantial monologues in John’s Gospel:

Klink refers to the farewell discourse as “bilingual”— it is a dialect of the testament genre (see below), and it speaks with several other Jewish and Greco-Roman literary idioms.

Most scholars agree that the farewell discourse illustrates a common literary pattern called a testament. Testaments are found in the OT in the farewell and blessing of Jacob to his children (Gen 47:29–49:33), Joshua’s farewell to Israel (Josh 22–24), and David’s farewell speech (1 Chr 28–29), and even the book of Deuteronomy.4 We can see a larger use of the testament genre in the intertestamental period with the pseudepigraphical work Testaments of the Twelve Patriarchs.

Klink quotes Raymond Brown on the origins of the testament genre: “The common situation is that of a great man who gathers together his followers (his children, his disciples, or the people) on the eve of his death to give them instructions that will help them after his departure.”5 John’s farewell discourse has many parallels with “farewell” speeches, but there is more going on here than just a testament. Klink describes two other “pressures” that distinguish the farewell discourse from the testament genre.

Relying on the observations of Parsenios, Klink notes that the farewell discourse relies on “dynamic movement”:

In the standard testamentary farewell scenes, there are no exits; the speakers typically wait for death to come to them on a deathbed (see e.g., Gen 49:33). In the Fourth Gospel, by contrast, the entire farewell discourse, stretching from 13:1–18:1, is centered around two dynamic exits, that of Judas at 13:30 and that of Jesus, announced at 14:31 and executed at 18:1 . . . . These exits are readily recognizable in ancient drama, however, where exits and entrances profoundly affect narrative development.6

Exits can create a frame around a scene or a specific character (like an inclusio) to emphasize a certain theme or teaching.7

Consolation literature used “therapeutic methods” to console their audience, and usually so because of an impending death. Klink lists three main functions of consolatory literature.

The Reason for the Farewell Discourse

By the time Jesus gives his farewell discourse, his public ministry has ended. He “gathers his intimate disciples around a symbolic meal and instructs them for the last time concerning his person and work and their corporate identity and work as his disciples.”11 Jesus will soon be leaving. He will be beaten, mocked, and crucified, but he knows he will be resurrected and will ascend to the Father. “Jesus addresses their questions and fears, but he also exhorts them to stay the course, which involves remaining in him by the Spirit.”12 With his death on the horizon, “Jesus uses the farewell discourse to explain what is to come and where he must go.”13

Although he will be gone, Jesus explains his departure in two ways.

1. Jesus is the way, the truth, and the life. He is the only way to the Father, and in his absence he prepares a place for his disciples (14.3–6). He provides the route—the path—they will take by pouring out his Spirit upon them to walk in the way of the Lord—to die to themselves and serve others. He leaves so that the disciples can eternally be with the Christ and the Father whom no one has ever seen.

The future is bright, though it must first be darkened. What is to come is good and necessary. It is part of God’s plan and mission to the whole world (Gen 12.1–3). The farewell discourse is given to guide Jesus’ disciples through the dark skies of Jesus’ arrest, crucifixion, and death to his post-resurrection appearance and after his ascension to the Father. There will be a “new dispensation of God and his people,” which will now include Gentiles into the one who is the true vine (John 15:1).16

Outline for the Farewell Discourse

The discourse proper consists of six significant and developing thematic statements by Jesus . . . that are framed by what is functionally a prologue (13:31–38) and an epilogue (16:25–33).

4 “The entire book of Deuteronomy can rightly be described as Moses’s farewell speeches to Israel” (571). Both Deuteronomy and John demonstrate their respective covenants “between God and his people (Deuteronomy, the old covenant; John, the new covenant)” (571).

7 Judas’ exit in John 13:30 signals “that what follows is the beginning of the farewell discourse, with its conclusion signaled again when Jesus himself exits at 18:1” (572). 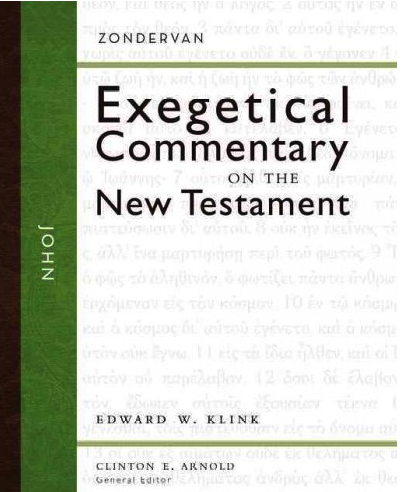