I’m reading Peter Oakes’ new commentary on Galatians in the Paidiea series right now. In a sidebar titled Translating Adelphoi, he points out that, in keeping with the culture of today while not forgetting the culture of yesterday, translators have a tough time with the term adelphoi (“brothers”) in Galatians 1.2.

In Gal 1.2, the NRSV says, “and all the members of God’s family who are with me, To the churches of Galatia….“

Gal 1.11, “For I want you to know, brothers and sisters, that the gospel that was proclaimed by me is not of human origin;”

Gal 2.4, “But because of false believers secretly brought in, who slipped in to spy on the freedom we have in Christ Jesus, so that they might enslave us—”

Gal 5.13, “For you were called to freedom, brothers and sisters; only do not use your freedom as an opportunity for self-indulgence, but through love become slaves to one another.”

Gal 6.1, “My friends, if anyone is detected in a transgression, you who have received the Spirit should restore such a one in a spirit of gentleness. Take care that you yourselves are not tempted.”

Gal 6.18, “May the grace of our Lord Jesus Christ be with your spirit, brothers and sisters. Amen”

So What is the Problem?

Don’t worry. I’m not going to argue that gender-inclusive language in the Bible is “the devil,” but Oakes does bring up an interesting point.

“The word adelphoi is actually one of the masculine ‘inclusive’ terms in question. Rendering it as ‘brothers and sisters’ could, to an extent, mask a real patriarchy tendency in ancient Greek culture or in the Bible. Moreover, adelphoi may carry connotations of the activities of particular kinds of male groups, such as clubs or elite philosophical gatherings” (39). Here’s a turn of events: “It may also be that it was actually quite radical for Paul to use this term to designate the members of a gender-mixed and socially mixed group. He may effectively have been ascribing heightened status to some members who would not normally have moved in [social] circles where they would have been addressed as adelphoi….” (39).

What Oakes is saying here is that while in the twentieth century some women felt like they weren’t being treated equally and were being overlooked, in Paul’s day anyone who wasn’t a man was overlooked. By addressing the group as “brothers,” Paul is not simply addressing the few men in the home churches even though their families are also listening to the letter being read. He is giving everyone a higher social status. In 6.2 he tells them to bear one another’s burdens, which would include the head of the home bearing the burdens of the servant and the slave. Yes he would still have slaves (if this is questionable to you, read here), but he was to treat them with love and bear their burdens just as Christ bore his sins.

Heirs According to Promise

“There is neither Jew nor Greek, there is neither slave nor free, there is no male and female, for you are all one in Christ Jesus. And if you are Christ’s, then you are Abraham’s offspring, heirs according to promise.” (Gal 3.28–29). Here Oakes says,

“There may… be a radical edge to [Paul’s] use of the masculine term, ‘sons,’ because, in the first-century house-church context, it could be significant that Paul describes the Christian identity of women and slaves among its expected hearers, in terms of the imagery of free male heirs. One further factor is that being sons of God was also an attribute of Israel (e.g., Hosea 11:1). Describing gentiles as having this identity undercuts Paul’s opponents by asserting that gentile Christians already have the closest possible link to God, without needing circumcision” (129-30).

I don’t really have an answer on if Galatians should or shouldn’t be gender-inclusive. The ESV says “brothers” for Gal 1.2, while the NIV says “brothers and sisters.” I’m not knowledgeable on all the ins-and-outs of translation and culture, but we  do live in a culture which knows little about how to read the Bible despite the fact that the Bible is always the #1 Bestseller. Having an English translation doesn’t mean we’ll understand every nuance of the ancient author’s thoughts, but it does mean we can understand God’s overall plan of salvation. Though we can’t do it all by ourselves. We need teachers. We need authors. We need to “bear one another’s burdens.” 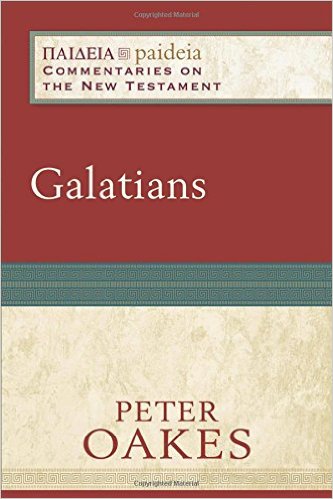